Celebrating our 30th Anniversary as an entity we’re coming up with a project of timeless beauty, which at the same time feels like fallen completely out of time. Alongside with Richard & Alan Bishop, and our long time-supporters Sam Shalabi and Maurice Louca we started working on a line of three 7“ vinyl singles which belong together. 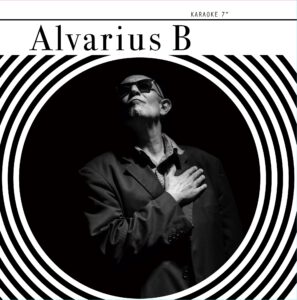 If you ever witnessed an Alvarius B show you are probably aware that there are a few things only in underground music matching this level. If you haven’t, don’t miss him when he’s coming close next. 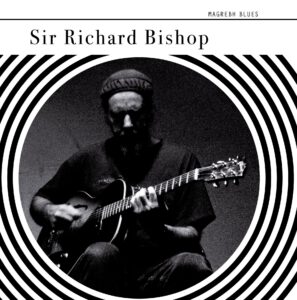 When internally the plan came up to release a bunch of vinyl singles for Unrock’s 30th anniversary as an entity, Richard just like his brother Alan, the other keyholder of Sun City Girls legacy was among the first to take a deep look into his archives.

Out came two shining pearls from different periods of his long career. Taqasim For Omar (acoustic) was recorded in Seattle in 2008. It was recorded before the Sir changed his mind and recorded the track with an all electric band again for his Freak of Araby LP. Magrebh Blues was recorded in Tangier, 2018 when Bishop recorded Tangier Sessions in Morocco. The track came out too bluesy for what Richard wanted to show with the album, but it is the only track he played on the mysterious guitar which beautifully sounds like a magrebhinian blues. Photography by Hans van der Linden, realisation by Philip Lethen. One-time limited run on black vinyl. 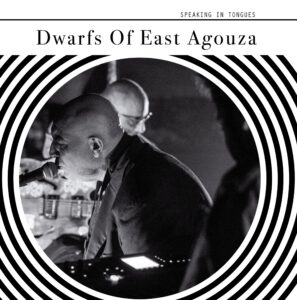 ***Dwarfs Of East Agouza are a leading force of improvised musical excitement and stand apart from wider parts of an lame ass underground of the 20ies. Founded in Cairo circa 2015 by Alan Bishop (ex-Sun City Girls) with Sam Shalabi (Land Of Kush, Karkhana) and Maurice Louca (Karkhana) the trio developed an unique always recognizable sound, but with many faces to show.

Two very different ones are shown on their contribution to Unrock’s „Il Burro Sabe Mas Que Tu“ Singles Series. Speaking in Tongues sounds like a nightmare coming straight out of hell, conducted by Bishops unique voice, while Organism 46-B shows them in a classical softer mode, touching nearly classical Free-Jazz issues. 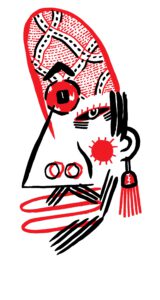