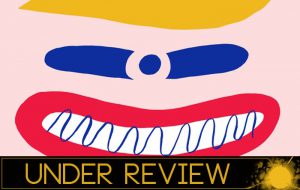 The arms of Karkhana spread wide and embrace rivulets of noise, experimental eddies, psychedelic jazz, and raga rotations. The band pulls in players from Beirut, Cairo, and Istanbul alongside Montreal’s Sam Shalabai (Land of Kush, Mosasses, Shalabi Effect) for a sound that’s decidedly progressive while adhering to a traditional core of Middle Eastern tones that mesmerize and massage the soul. The overlap with fellow Unrock outfit The Dwarfs of East Agouza is apparent both in the band’s membership and approach. Like The Dwarfs, Karkhana tumbles down darkened alleys of rhythm and sound – polyrhythmic textures and lightning sharp strums dart from all directions. Underneath the group threads sine wave warbles that give off the impression that the songs are being broadcast through dodgy UHF streams, picking up interference from unknown or unwanted sources seeking to dampen their bootleg bounty of musical shred.

Bitter Balls is only the band’s second true album, but they’ve shared sides with Sir Richard Bisiop & David Oliphant and cut a few EPs and live documents that hardly make this indicative of a mere second outing. The band feel well oiled and locked at an instinct level with each other’s improvisations. The noise rolls seamlessly into groove out of nowhere, then dissolves into gnarled wire workings once again, leaving the listener never able to rest their reflexes. Who wants that kind of listen anyway, not when Salabai, Louca, and their cohorts can reform the rarefied air into something sour and sensuous all at once. It’s a prickly record, but one that should interest quite a few who find solace at this site.