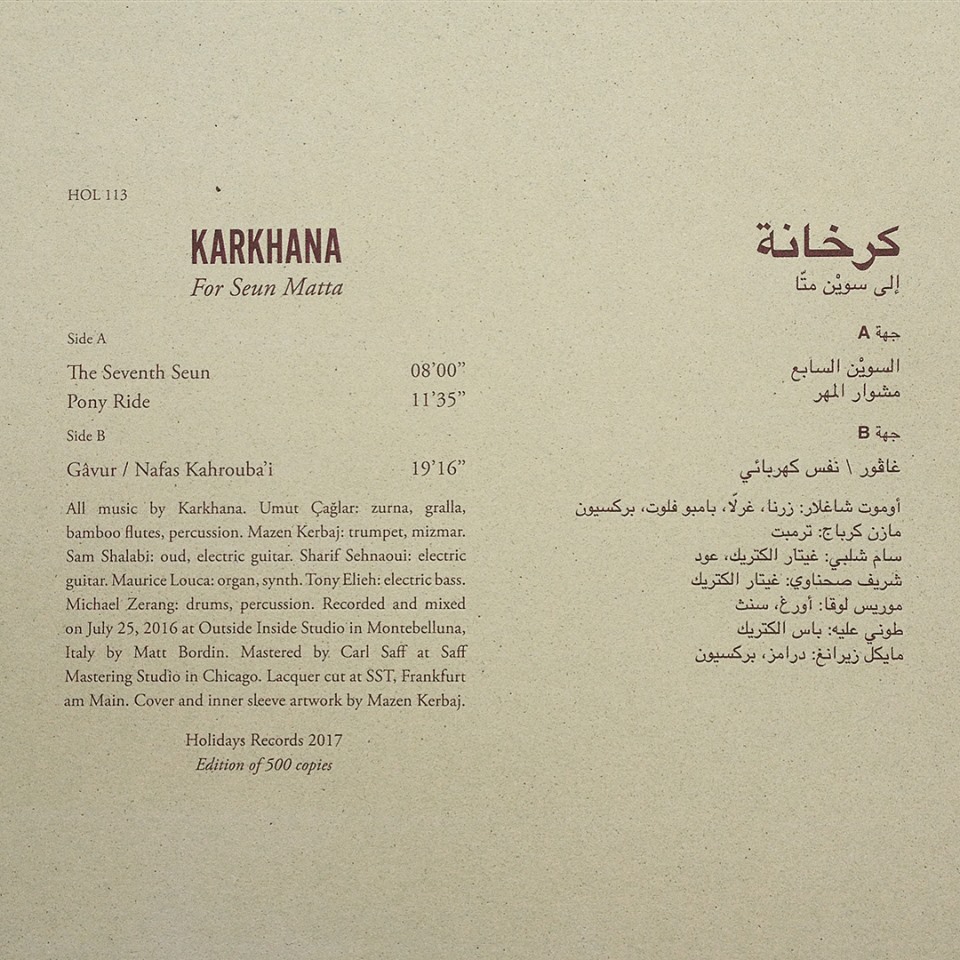 Holidays, 2017. Featuring some of the most innovative players from Beirut, Cairo and Istanbul, Karkhana met for the first time in Beirut in 2014, bringing together influences from the three major experimental music scenes of the region and beyond. Through their live shows, the band’s seven multi-instrumentalists build a transcendental atmosphere developing what could possibly be called free Middle Eastern music. Shades and traces of shaabi, tarab, sufi and much more are heard in the distinct blend of free jazz and psychedelic krautrock they’ve created.

Recorded and mixed by Matt Bordin at Outside Inside Studio – in only two days – and mastered by Carl Saff at Saff Mastering Studio in Chicago, For Seun Matta is the first studio album by the band, following Nafas (Omlott, 2016) and Live At Metro Al-Madina (Sagittarius A-Star, 2015). Featuring Sharif Sehnaoui on electric guitar, Sam Shalabi (The Dwarfs of East Agouza) on oud and electric guitar, Maurice Louca (The Dwarfs of East Agouza) on organ and synth, Umut Çağlar (Konstrukt) on zurna, gralla, bamboo flutes, and percussion, Mazen Kerbaj on trumpet, Tony Elieh on electric bass, and with the recent addition of Michael Zerang on drums.

“I wish I could track down more of this tantalising outfit’s music to share…This Middle Eastern supergroup first got together to celebrate the music of Egyptian surf guitarist Omar Khorshid – who was also a key figure in Oum Kalthoum’s orchestra – but their remit has expanded somewhat and now they’re fully committed to outer-perimeter explorations in Krautrock-leaning, cosmic free jazz” (John Doran, The Guardian) 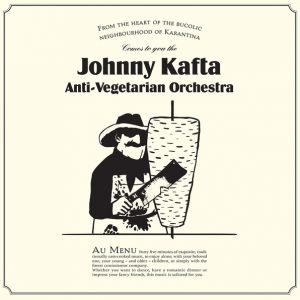 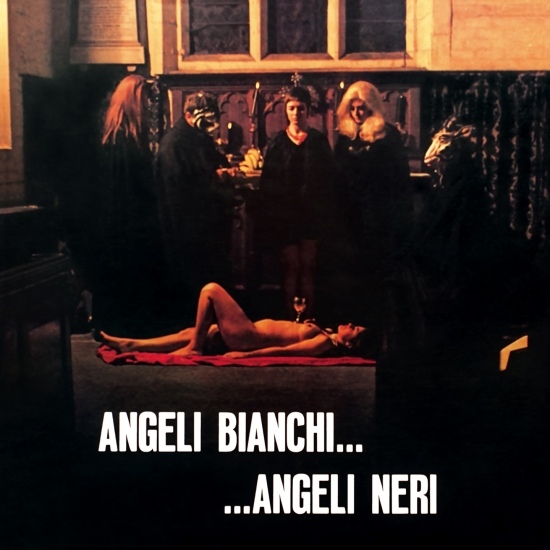 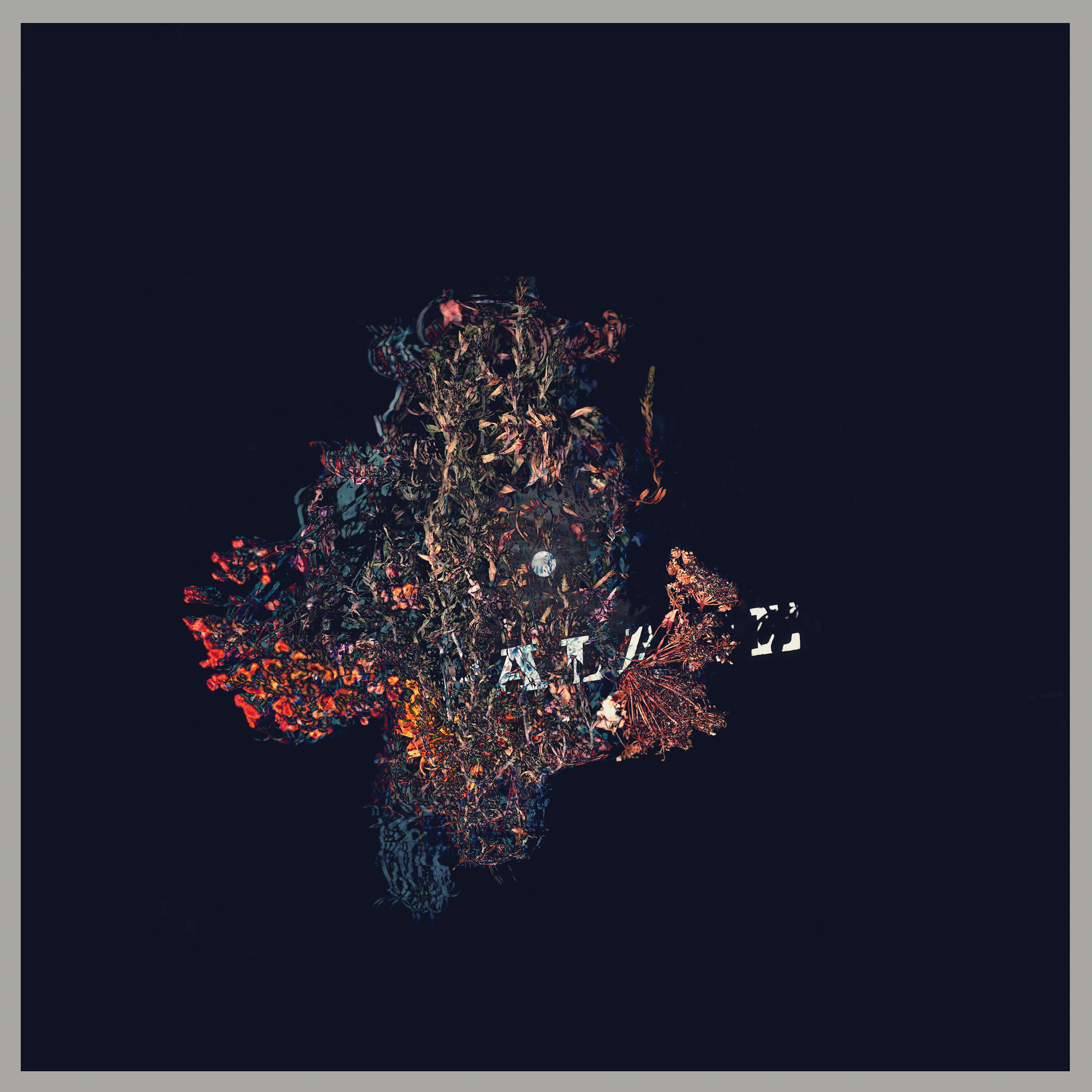 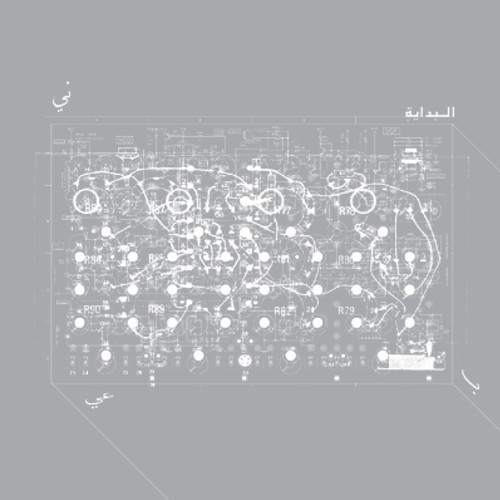